This is the new Man City home kit 15/16, Manchester City FC’s new home jersey for the upcoming Premier League season. Made by Nike, the uniform was officially unveiled to the public on July 3, 2015.

The Citizens finished second in the 14/15 Premier League season, behind Chelsea but ahead of both Arsenal and arch rivals Man Utd. They lost in the knockout stages of the Champions League to eventual winners Barcelona after advancing from a tough group that also consisted of Bayern, Roma and CSKA Moscow.

The new Man City home shirt is blue with a white collar and cuffs. It features white stripes on both flanks, a recurrent theme across most Nike kits this season, which are complementary to the sky blue ones running down the white shorts. The socks are sky blue with a white band on the top.

Etihad Airways are once again the sponsors of City’s new home strip.

City have also unveiled two goalkeeper shirts- one purple and one yellow, both using the same template. 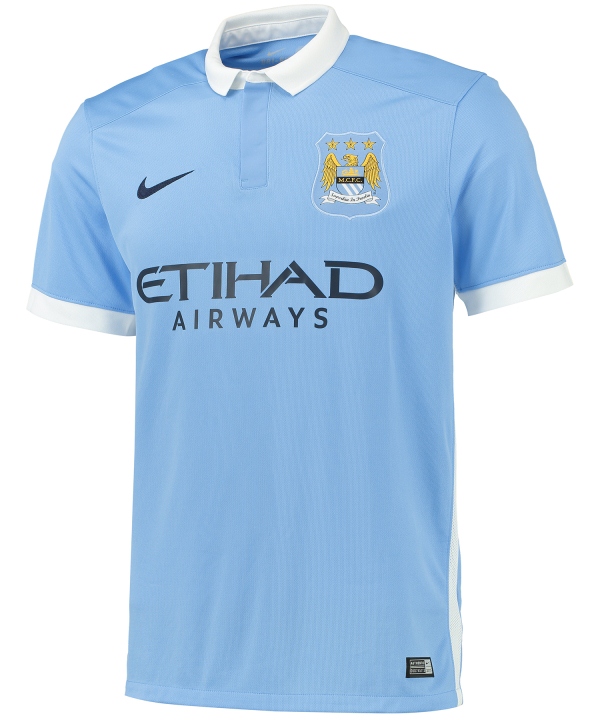 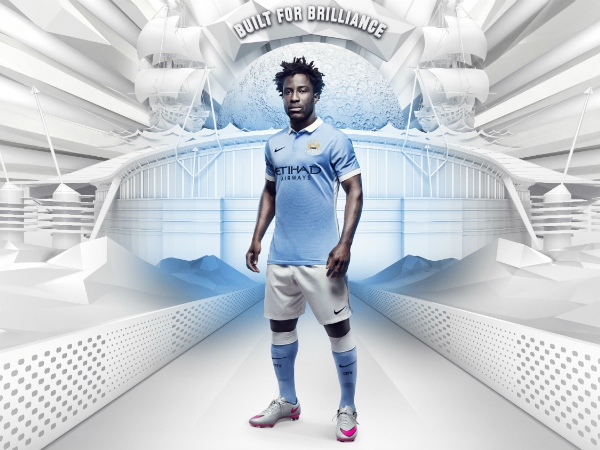 City’s new away shirt hasn’t been released yet, but is rumoured to have a blue moon design on it 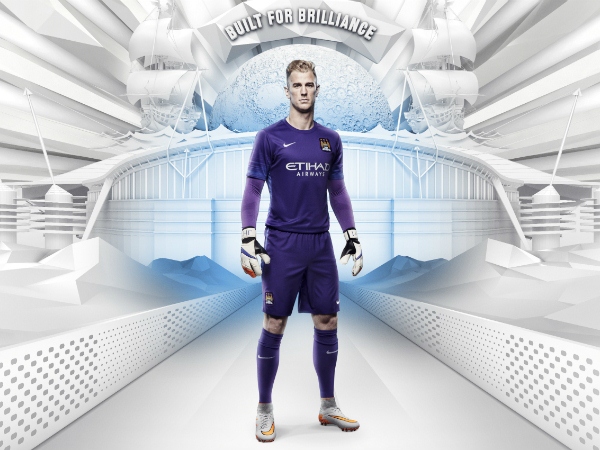 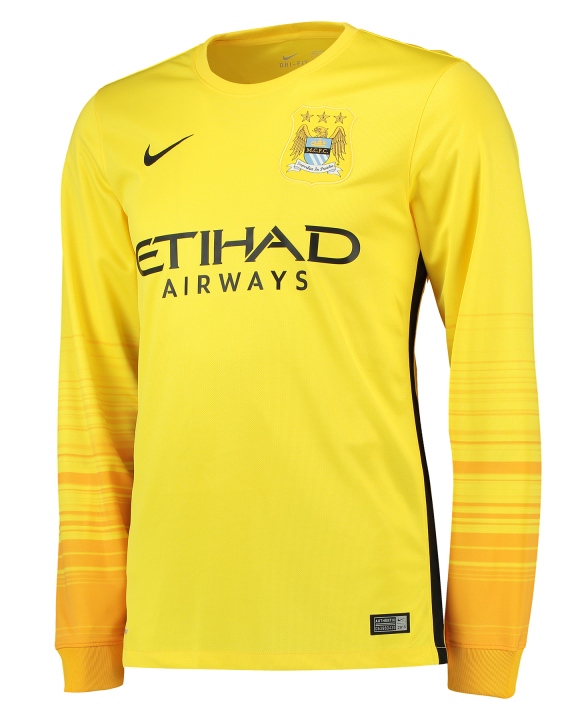