This is the new Bayern Munich Olympic Stadium kit 2022/23, a special edition uniform made by Adidas for the Bavarian giants to celebrate the 50th anniversary of the Olympiastadion (Olympic Stadium) in the city of Munich. The Olympiastadion, built for the 1972 Summer Olympics in the City, also served as the home ground of FC Bayern from 1972 to 2005, after which they moved to their current home at the Allianz Arena.

This Bayern Olympiastadion tribute shirt made its on-field debut in their recent German Cup clash against FC Augsburg. Bayern, playing away from home, triumphed 5-2 in that DFB Pokal game, with Choupo-Moting (*2), Musiala, Kimmich and Davies scoring for them. 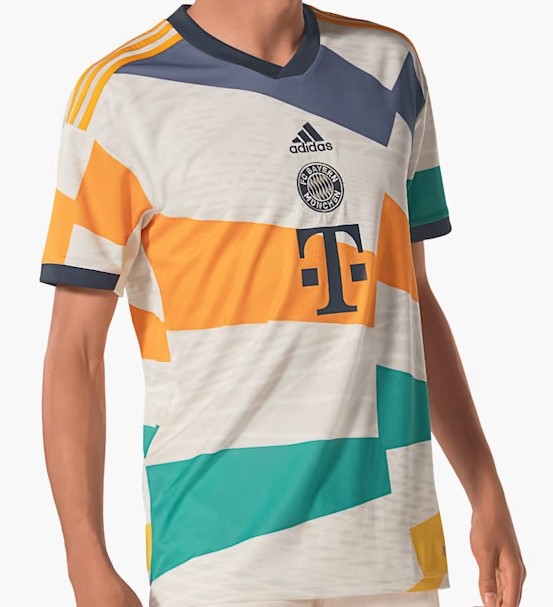 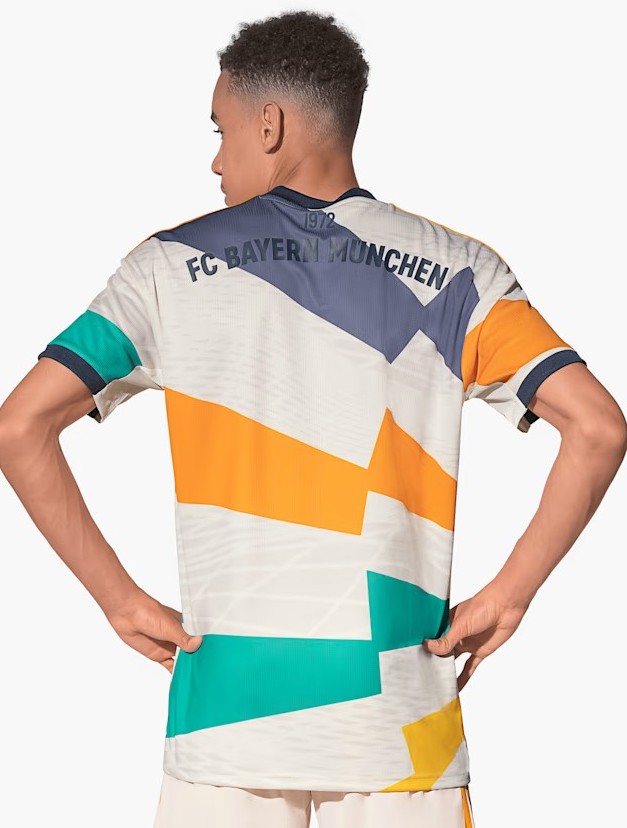 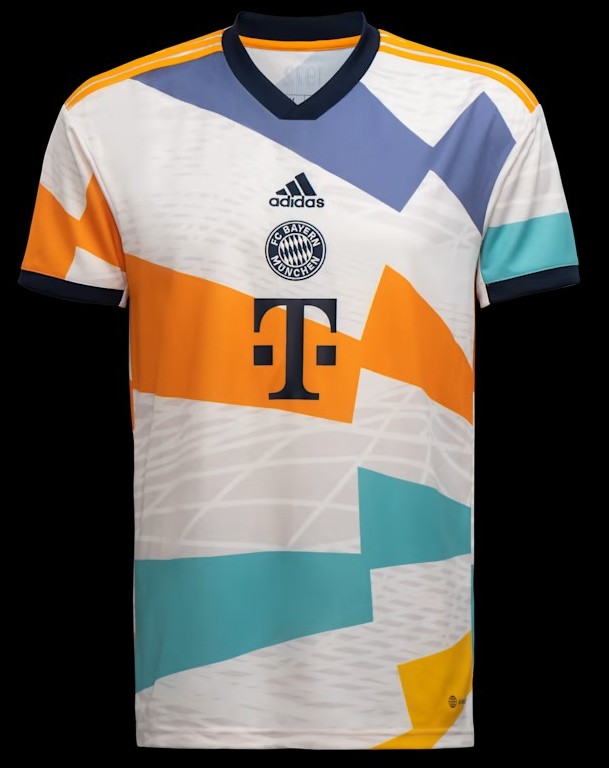 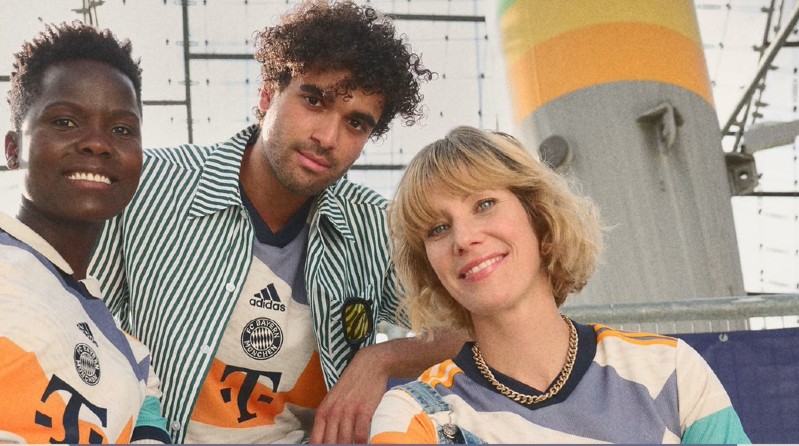 This is the new Borussia Dortmund away shirt 2022/23, BVB’s new alternate jersey for the upcoming German Bundesliga season. Made by Puma, the new BVB away top was officially unveiled on 7 July, 2022. END_OF_DOCUMENT_TOKEN_TO_BE_REPLACED

This is the new Bayern Munich away jersey 2022/23, German giants FC Bayern’s new alternate strip for the upcoming Bundesliga season. Made by Adidas, the new FCB away shirt was officially unveiled on 7 July, 2022. END_OF_DOCUMENT_TOKEN_TO_BE_REPLACED