For all the latest football kit news & more, you may want to follow us on Twitter or Facebook. Thanks for visiting, and hope to see you again!

This is the new Socceroos away kit 2014, the Australian national football team’s new change strip for the forthcoming 2014 World Cup in Brazil. The new Australia change strip WC 2014 has been made by Nike and was officially unveiled on 2 April, 2014 (midnight AEDT)

The kit is obsidian blue in colour and is here seen modelled by Tom Rogic and Mark Milligan in the pics below.

Australia also wore blue away kits in their 2006 and 2010 World Cup campaigns. 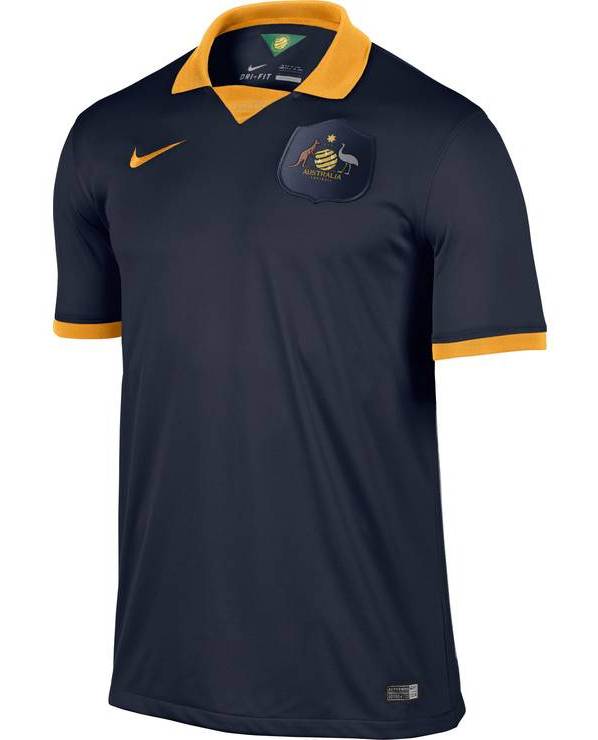 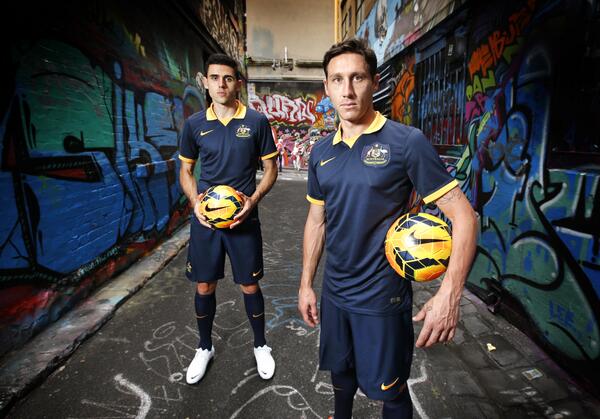 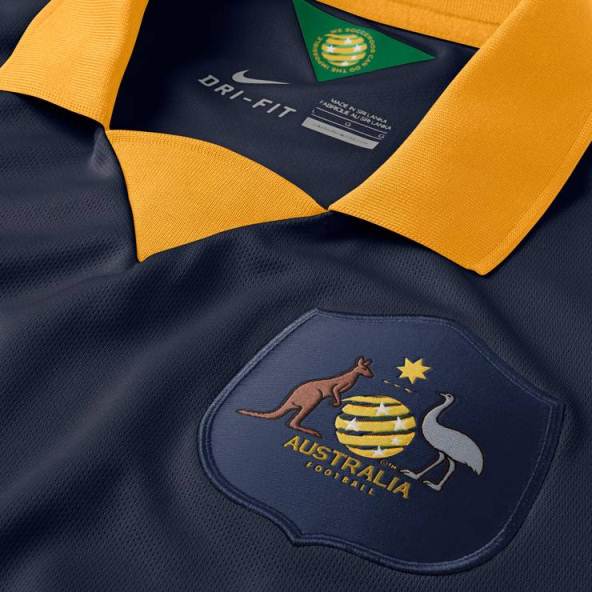