This is the new Real Madrid third kit 2012/13, Spanish champions Real Madrid CF’s third/ Champions League strip for the 12/13 season. Real Madrid’s new 2012/2013 UCL jersey has been made by Adidas and was officially unveiled on 14 September, 2012 by Los Merengues. The club are in a tough Champions League group along with Borussia Dortmund, Manchester City and Ajax Amsterdam, with all the other clubs also being champions of their respective domestic leagues like Real.

Real Madrid’s new UCL 2012/13 jersey is green in colour and celebrates the 110th anniversary of the club’s founding. The strip will be worn for the first time in their league game against Sevilla on 15 September, 2012.

Real’s new home and away shirts have already been unveiled. 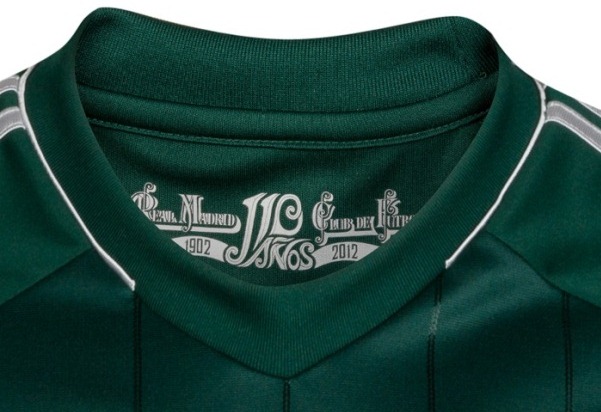