This is the new Sporting Lisbon third kit 2021/22, a special edition strip made for European competition by Nike for Portuguese champions Sporting CP. The new kit was officially unveiled on 14 September, 2021 and will debut tonight when Sporting take on Ajax Amsterdam in the Champions League. SCP are returning to the competition after a gap of nearly four years, having last featured in the 17/18 season.

The new Sporting Champions League shirt features a camouflage pattern and in the words of Nike, pays tribute to the fighting spirit in the club’s DNA.

Betano appear on the front of SCP’s new UCL shirt, with Super Bock on the reverse. The print design doesn’t extend to the entirety of the back, as can be seen in the pics below.

Apart from Ajax, Sporting will also play Borussia Dortmund and Besiktas in the group stages. 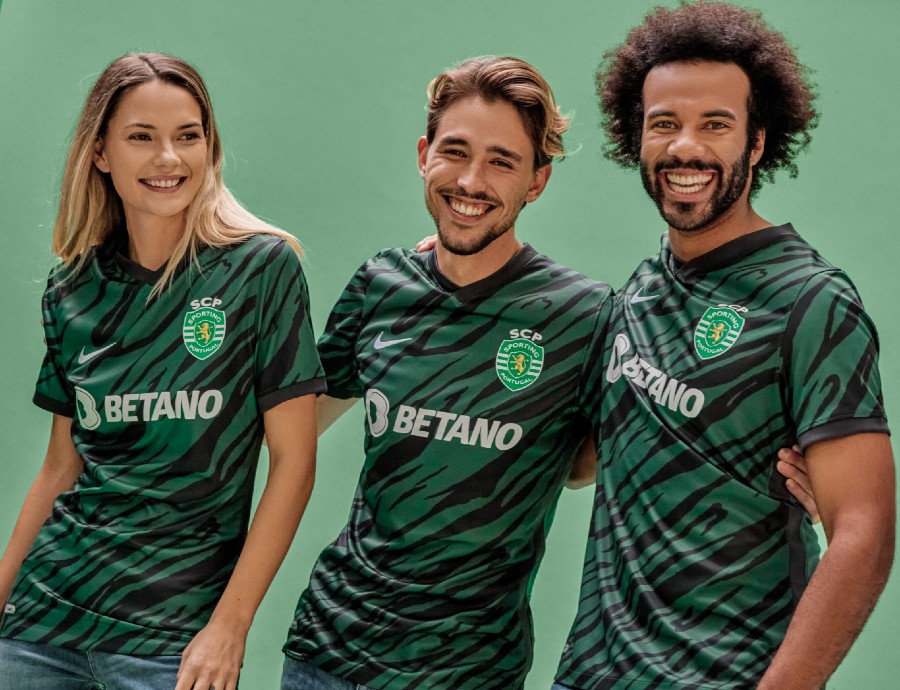 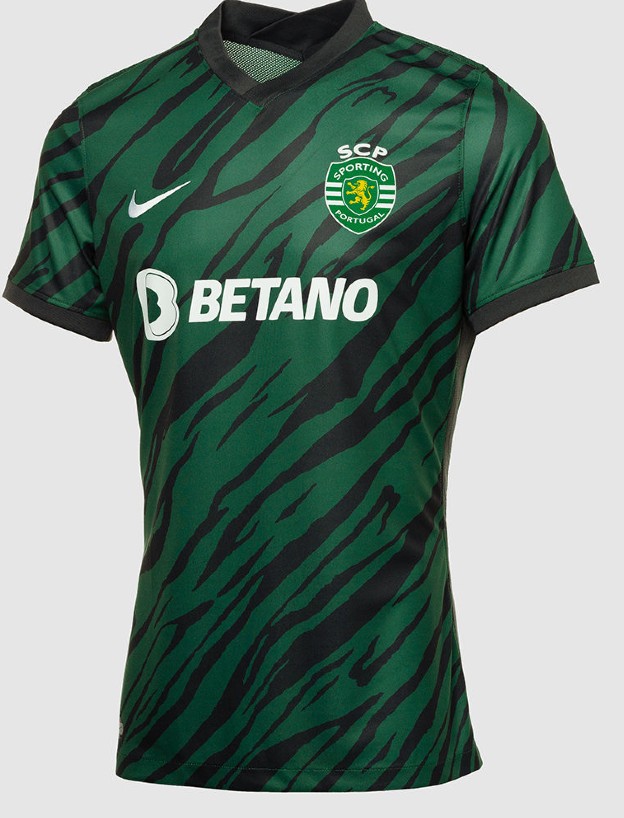