For all the latest football kit news & more, you may want to follow us on Twitter or Facebook. Thanks for visiting, and hope to see you again!

This is the new Manchester United third kit 2015/2016, Man Utd’s second alternate strip for the upcoming Premier League season. Made by Adidas, the strip was officially unveiled on August 27, 2015 and has been branded as an away kit for Champions League fixtures. United booked their spot in the group stages of the CL by beating Belgian side Club Brugge 4-0 last night to claim a 7-1 win on aggregate

The third shirt is predominantly black in colour and features the same graphic design (on the front) that is found on the hem of the new home and away kits.

The release of this third strip completes the list of kit releases for United’s 2015/16 season. 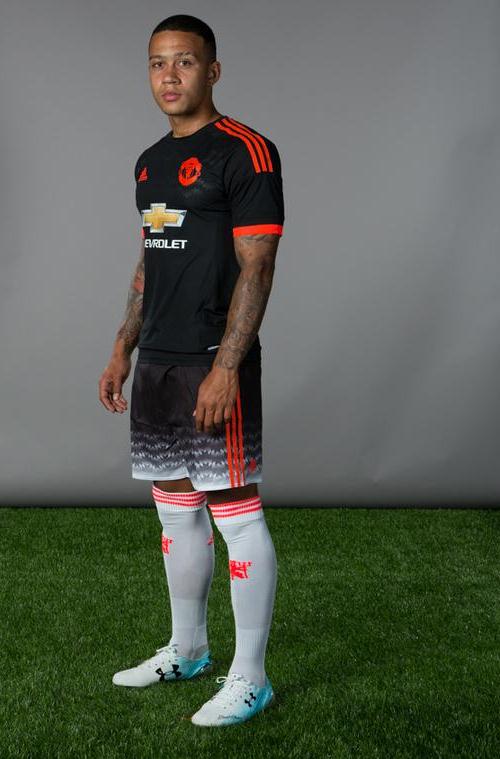 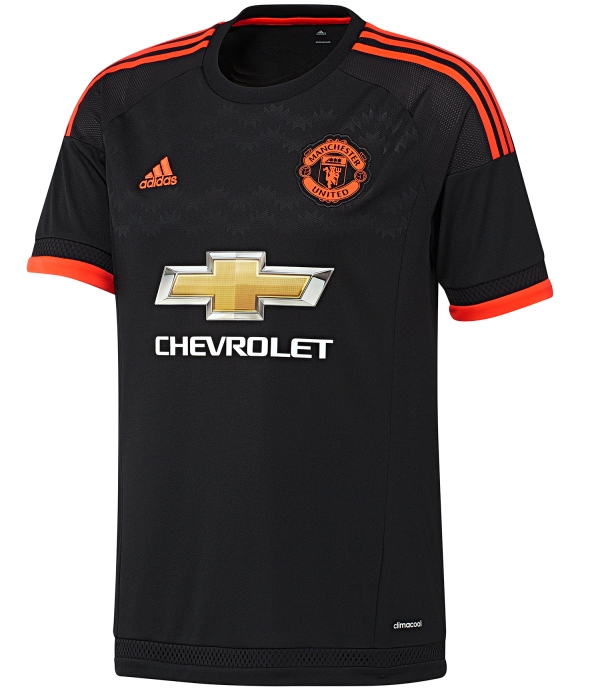 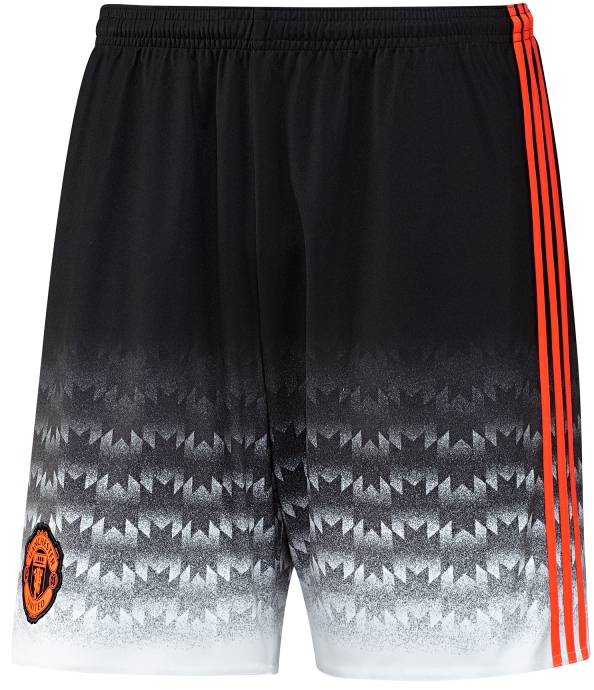