For all the latest football kit release dates & more, you may want to follow us on Twitter or Facebook. Thanks for visiting, and hope to see you again!

The 19/20 season will be Preston’s fifth straight one in the second tier of English football. After finishing 7th in 2017/18, 18/19 was a bit of a let down for the fans at Deepdale as the club ended up a lowly 14th. They finished with a goal difference of exactly 0- scoring 67 and letting in as many.

The new home jersey retains the club’s white and navy colours and is paired with navy shorts and hooped socks. 32Red are principal shirt sponsors. 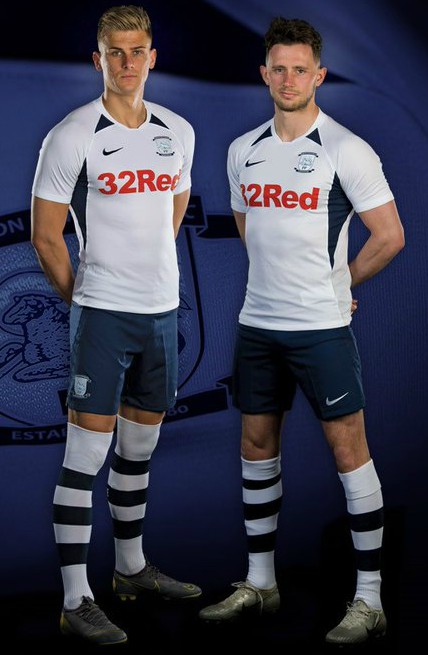