These are the new Turkey kits 2016/2017, the Turkish national football team’s new uniforms for Euro 2016 in France and other international games in the upcoming season. Made by Nike, the new Turkey Euro 2016 kit is here seen modelled by Barcelona star Arda Turan.

For both kits, Nike have opted to use a gradient graphic featuring small geometric shapes, taking inspiration from the intricate mosaic designs of Byzantine architecture.

For the home shirt, the graphic begins in black and transforms into red as we move to the top. On the change shirt, the primary colours are turquoise and white

Black stripes run down the sides of the home shirt, with red being used on the alternate one.

Turkey automatically qualified for the Championships as the best placed third team but have been given a tough group that also includes defending champions Spain, Croatia and the Czech Republic. It will be their fourth appearance at the continental showpiece, following previous successful attempts in 1996, 2000 and 2008. 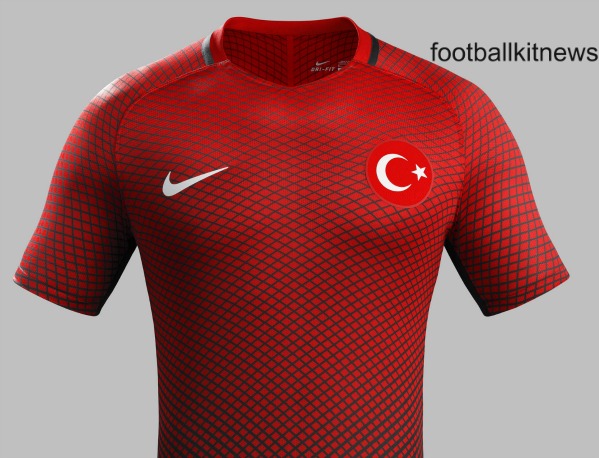 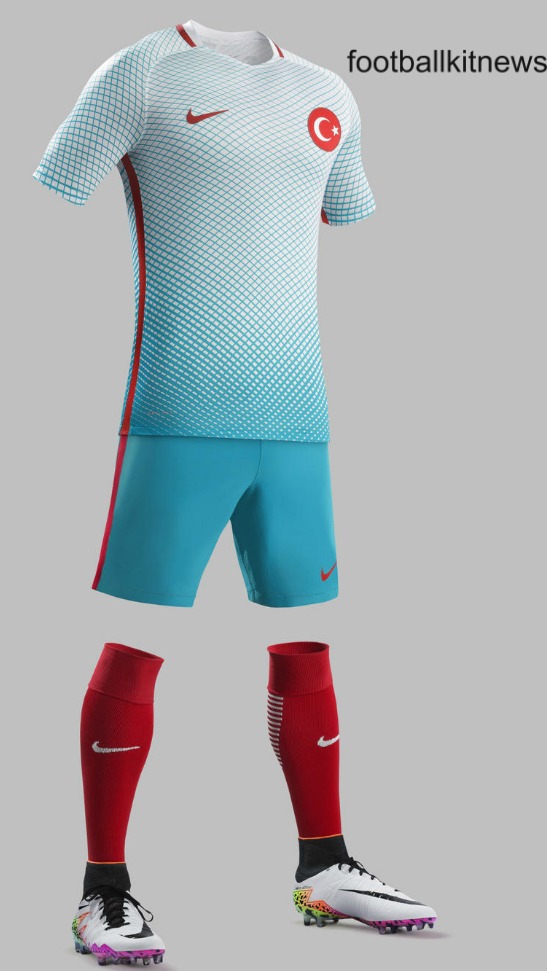 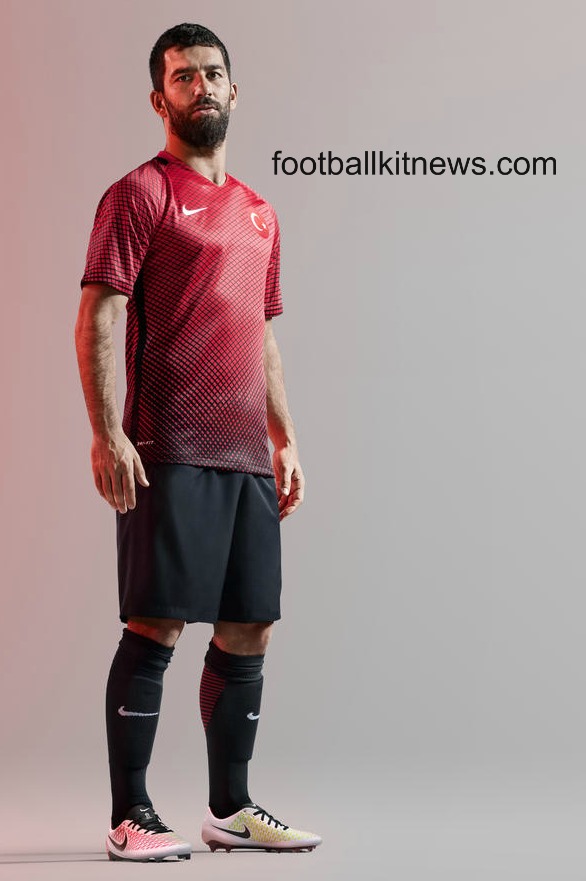