These are the Motherwell kits 15/16, Motherwell FC’s new home and away uniforms for the upcoming Scottish Premier League season. Well’s 2015/16 strips have been produced by Italian company Macron for the second season running and were officially unveiled on July 1, 2015.

Macron have gone retro with the new home kit, using a diagonal sash and claret shorts and socks reminiscent of the club’s uniforms from the 1970’s, when they had the likes of Willie Pettigrew, Bobby Graham, Joe Wark and Peter Marinello plying their trade at Fir Park. In another retro tribute, the club badge will not be present on the shirt, with “MFC” embroidery being present instead.

Motherwell’s new 2015/16 away kit is claret in colour with amber pinstripes, bringing back memories of the strip worn against Dortmund in the mid 90’s in the UEFA Cup. The shirt is paired with white shorts and claret socks.

Cash Converters are again sponsors of the new Motherwell FC shirts, a partnership that will complete half a decade at the end of the current season, having begun back in 2011/12

Well finished second from bottom in the 14/15 Scottish Premiership season, forcing them into a playoff with Rangers. They won the first leg 3-1 at Ibrox and followed it up with a 3-0 triumph at Fir Park, thus securing a 6-1 victory on aggregate to stay in the Scottish top flight.

Check out other Scottish Prem uniform releases for 2015/16 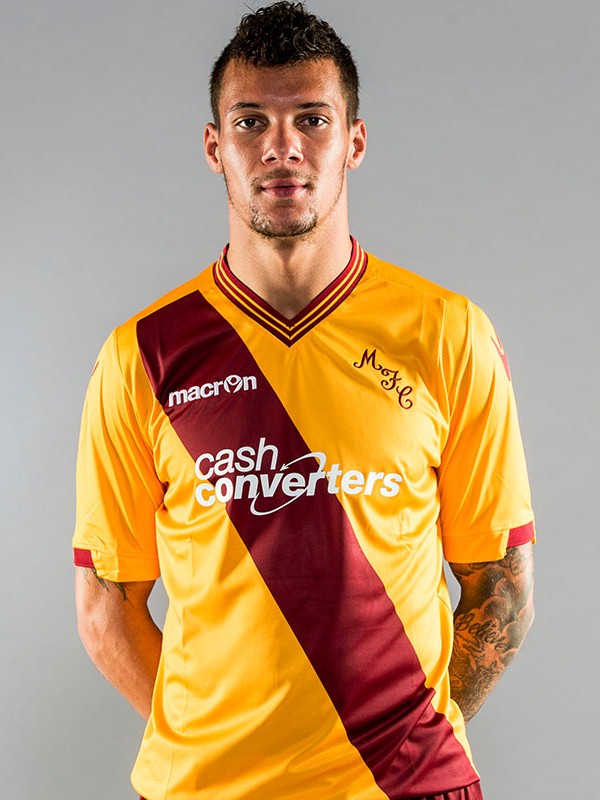 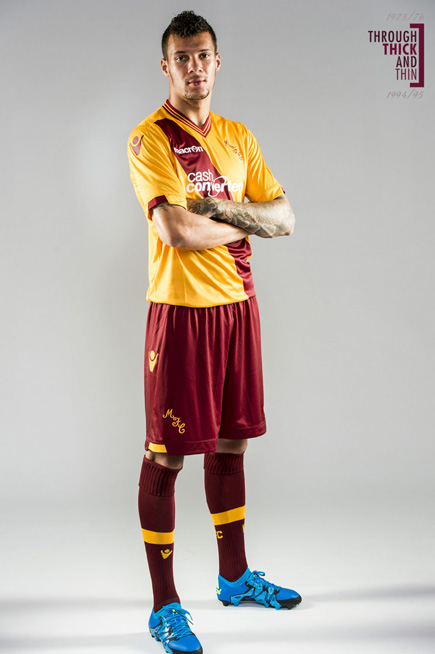 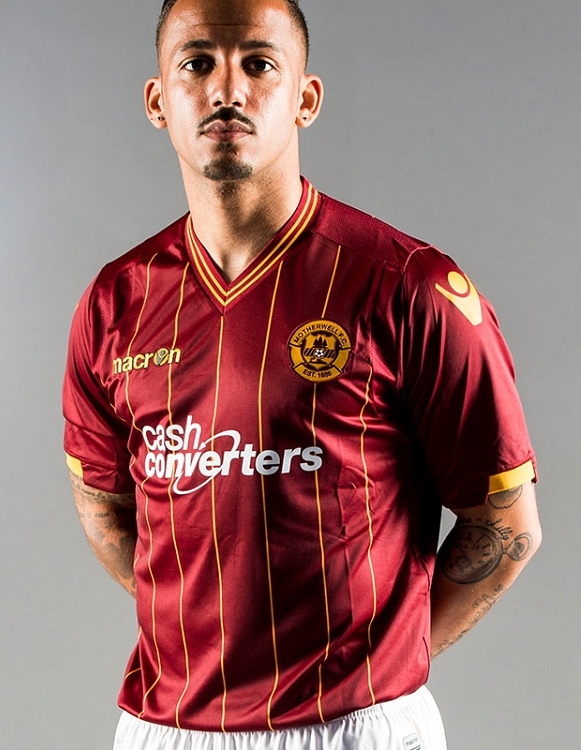 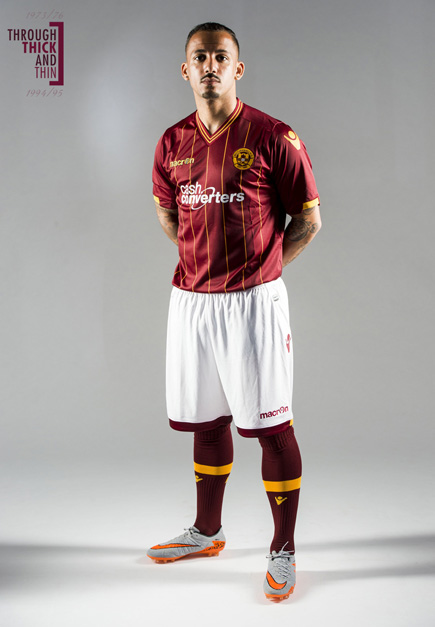