For all the latest football kit release dates & more, you may want to follow us on Twitter or Facebook. Thanks for visiting, and hope to see you again!

Everton had already revealed that Tim Howard would be wearing a camouflage shirt on the team’s travels, but they have gone one step further and made his home goalkeeper kit “green camouflage”. As some fans have undoubtedly noticed, the GK kit makes Howard look every inch a military bigshot instead of a Premier League keeper. The green shirt is paired with green shorts.

Here are some photos of the new Everton home goalkeeper shirt 11/12. 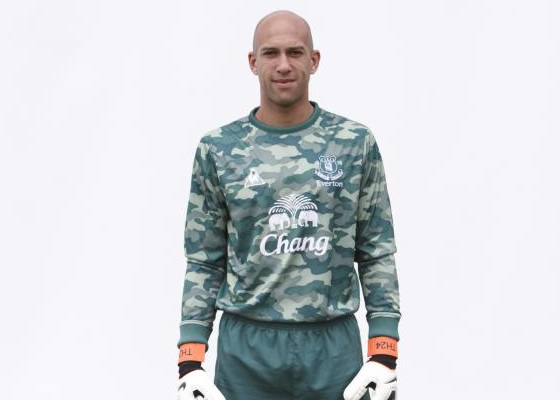 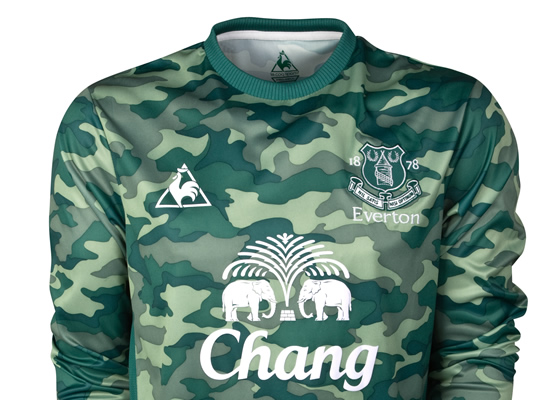